The McQuaig 360 Leadership Review assessment draws on eight leadership competencies. These competencies are considered the gold standard in leadership and offer a framework to develop your people.

Competencies are the employee behaviours, skills or attributes which are fundamental to the success of an organisation. Here, Clinical Psychologist and author of the McQuaig 360 Leadership Review Nigel Evans explains the Competencies it covers.

What is the McQuaig 360 Leadership Review based on?

The McQuaig 360 Leadership Review is based on a set of well researched  competencies which fully cover the ground of what is required of Leaders in today’s modern organisations.

After over 40 years of competencies being first proposed to be used in the workplace(1), there is now clarity in what distinguishes superior performance in terms of leadership behaviours(2). The main issue businesses have had is structuring these behaviours so they are straightforward to understand.

The McQuaig 360 Leadership Review draws upon the academic literature and its business experience in using competencies to give a clear, focused and practical framework of eight broad competencies.

Why are there eight competency areas?

From the academic research perspective, there have been different models proposed to capture the essential structure of the competencies. Some suggest a simple two component model(3), others five, some eight (5,6). Generally it is accepted that more than two areas are required to really distinguish the leaders behaviour with overall performance(7).

From the business practitioner perspective, the are many competency frameworks which have multiple competencies.  McQuaig’s own examination of the market gave an average expectancy of 24 competencies appearing in any given Leadership Model. In being exposed to these multiple models, feedback from users suggest they have experienced confusion, cross-over, and redundancy in trying to work across this many competencies. Essentially multiple models are trying to do too much.

Combining the learning from both approaches, the McQuaig 360 Leadership Review uses the broad component model to categorise, then practically focus key performance competencies at a detailed facet (or secondary) level. The competencies contain the elements of what the market wants(8) cross referenced to what is recognised as success in the workplace(9).

What are the Competencies?

How are the Competencies described?

Making Decisions encompasses the two areas of Initiating and Directing. Initiating refers to how the leader calls people to action by appropriately taking charge of situations, making a good decision calls under time pressure, and taking a firm stand when required.  Directing encapsulates moving people forward by leading employees and stakeholders, motivating others around them, and empowering people to decide and work out issues themselves.

Supporting contains the two areas of People Focused and Principle Focused. People Focused entails the leader genuinely being there for the good of others by seeking out contributions from others, playing for the team rather than just themselves, and supporting others to fulfill their potential. Principle focused is understanding and applying doing what is right in the leadership context, which includes adhering to the internal rules, working within recognised regulations, together with embracing different and sometimes diverse views.

Engaging contains the two areas of Networking and Persuading. Networking is making strong and valued connections, so includes the leader being active in group settings, reconnecting with contacts, connecting with new people, especially making contact with others outside their established area. Persuading encompasses the leader behaviours which show that they confident in influencing others, promoting and selling a message, as well as keeping control in all levels of negotiations.

Interpreting covers the two areas of Expertise and Analysis. Expertise is showing behaviours where the leader can draw upon experience and knowledge to help others understand issues, which includes using theory to guide practice, translating technical areas into understandable terms, and when required giving clear advise to clarify issue at hand. Analysis shows the leaders problem solving behavioural set which includes getting to the core of the issue,  having a focus on the key points, and spotting errors that others may have missed.

Conceptualising consists of the two areas of Innovation and Strategy. Innovation is pushing to do things differently which includes the leader introducing new ways of thinking, putting creative solutions forward, and really questioning convention. Strategy is the leader demonstrating broader thinking, which comprises of taking a long term perspective, linking initiatives to mission and vision, as well as keeping the bigger picture in mind.

Execution contains two areas Planning and Results. Planning ensures things are on track so the leader gives others clear steps in a plan, sees through the completion of initiatives on time, and ensures resources are in place to support those plans. Results matter and the leader ensures that they and the team deliver what is promised, results are understood and clearly defined, as well as making sure delivery is in line with expectations of stakeholders and customers.

Change Orientation has the two areas of Adapting and Coping. Adapting successfully with a change of internal circumstances, or market environment, the leader embraces new experiences, takes on new ways of working, and works with new approaches.  Coping in testing conditions is shown by the leader in them keeping a positive mindset, recovering quickly from setbacks, and controlling emotions even in the most difficult of circumstances.

Performing covers two areas Goal Oriented and Enterprising. Goal Oriented casts the die for success, shown by the leader setting stretch goals for others, seeks progression for themselves and the team, as well as achieving against self-imposed targets. Enterprising is adopting an entrepreneurial approach whatever size of organisation, where the leader instils commercial thinking, is driven by an element of competition, and is business focused in their operations.

Do we have to use all the competencies?

No, in fact the unique aspect of the McQuaig 360 Leadership Review is that we actually advocate only using the competencies that really impact on business success for the particular job role and area. Whilst some users want to conduct a census approach as we have covered the full ground area, with guidance we can streamline what leadership success looks like across a number of different roles in your business, specifying the select competencies to measure.

Contact us at Holst on +44 (0) 203 1119292 or hello@weareholst.com for more information on the McQuaig 360 Leadership Review and other McQuaig tools and reports. 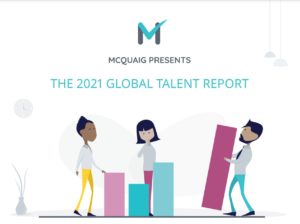 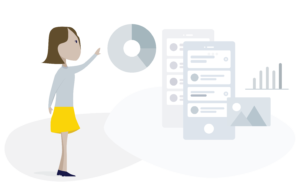 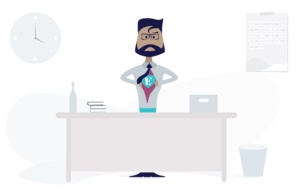