Jack H. McQuaig started his work career with a desire to be a Chartered Accountant. This 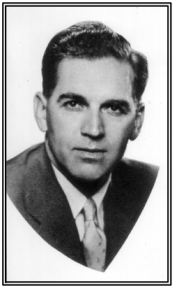 took him to Queens University, where he graduated in 1937 with a Bachelor of Commerce degree.

After graduating from Queens, he decided that accounting was not his true calling and got a job as a sales person with Moore Corporation. He was eventually promoted to sales manager and it was this experience that convinced him that people issues presented the greatest opportunity and challenge in the business world.

During World War II, he was an officer in the Canadian Army stationed in England, where he worked on the recruitment, training and selection of officers.

When discharged from the Army, he enrolled at University of Toronto where he received a graduate degree in Industrial Psychology.

After becoming a Psychologist, he developed his own business as a consultant to corporations in the hiring of salespeople, executives and middle managers.  He became a pioneer in the area of people selection and spoke at hundreds of conferences throughout North America and around the world.

During this time he assessed many high performing professionals as well as many who were not doing as well. Over many years he compiled notes in an effort to determine the answer to a key question:

“What are the factors that differentiate high performers?”

This research served as the foundation of The McQuaig Institute’s widely accepted Three Levels of Assessment model.

This also led to the development of The McQuaig Word Survey® in 1967, the first tool in the suite of toolswhich became known as the McQuaig Psychometric System.