What Sir Clive Woodward knows about successful teams that Roy 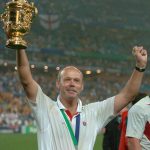 In a recent television programme there was a fascinating discussion on successful teams between Woodward who was a World Cup winning coach with the 2003 England Rugby Union team, and Roy Hodgson the current England Football manager. 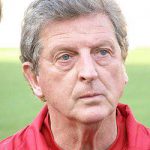 Woodward has gained a well-deserved reputation for clear sightedness and strategic acumen that saw him appointed to the elite performing Team GB Olympic squad. Hodgson is a decent guy but with a relatively moderate coaching career and struggling to meet expectations to a very demanding footballing public.

Sir Clive was very clear that for 2003 he wanted a team not a collection of the most talented individuals. To win an England place you had to buy in to the team ethic, be part of the culture and understand clearly the job you had to do. So everybody who had the skills to do the job was assessed thoroughly to ensure they put team first and not themselves. This he considers the most vital part of any successful team, and spent 2 years prior to the World Cup bonding the team together. It is easy to see the England football team having nothing like this attribute.

An interesting observation why is the view that in Rugby Union reaching the England team is the pinnacle of your career, whereas international football is seen by many players as a distraction, and the European Champions League is now the pinnacle. So desire and motivation may be a big issue – how often do we see this in business?

Another interesting Woodward comment was that all teams need their “go to man”. Someone who the rest of the team trust will get the points, or clinch the deal. In 2003 this was Jonny Wilkinson, a man who was trusted implicitly by his team mates to get the points, and indeed kicked the winning drop goal in extra time in the final. The England football team do not have a “go to man” – Rooney? Gerrard?  Hardly with the record they have! Who is your “go to man” in your team?

He emphasised he did not want 15 Jonny Wilkinsons, that would be a recipe for conflict and confusion. He wanted a team and thought there is room for just one mercurial individual with the flair and creativity to do things other players can’t do, and in 2003 that was Jason Robinson.

So you must have a team, a go-to-man and a mercurial individual. Interestingly 2013 is the year of the Rugby League World Cup and England are thought to have their best chance for many years against the powerful Australian and New Zealand teams because they have team that’s been together for the last 2 or 3 years, a Wilkinson in a guy called Kevin Sinfield, and a mercurial individual called Sam Tomkins. Until these golden rules are covered well in the England football team, it will continue to struggle. How well do your teams fit this successful pattern?

After discussing teams, there was a reflection on what attributes do the most successful performers have?

1. All are self starters who know their purpose

2. They are teachable and are hungry to learn new things to add formidable knowledge

3. Prepared to work as hard as it takes, but rarely does it feel like work

4. Enthusiastic and passionate about what they do.

To me the interesting thing is that he never mentions talent, even in a sporting context. There are many talented performers who show their talent all too briefly. The key is attitude, it’s all about attitude.

The analogies with business are so clear. I use the McQuaig Psychometric System in all my team analysis and assessment of individuals. It will give you great insight when looking at teams that don’t perform as they should, which individuals to bring into a team, and how to get the most from what you’ve got.

About the author: Ron Knox is an Associate of the McQuaig Psychometric System (brought to you by Holst). To contact Ron email ronknox@mcquaig.co.uk. To find Ron on Linkedin click here.

For more information about the McQuaig Psychometric System visit: www.mcquaig.co.uk and call 0203 111 9292. 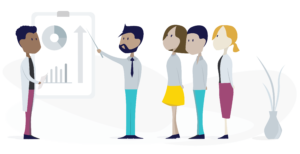