HOME    Why use psychometric testing?

Why use psychometric testing? 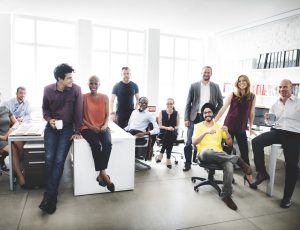 Around 70% of UK companies with over 50 employees use psychometric tests in some aspect of their people management – often in recruitment. Use is increasing.

Yet “psychometrics” still sounds like a black art and “testing” gives people flashbacks to sweating over exam papers.

The BBC ran “Test the Nation”, a programme which seemed to suggest that testing is to do with what you know. That you need to get a “pass mark” in any test. The programme was adapted in all major European countries. Yet, “what you already know” is only part of what a person brings to work; and given how quickly organisations change, it is often better to find out “what you can learn” or “how well you adapt”. There are tests for these qualities as well.

Employers use psychometric tests more for a variety of reasons, not least because they’re more defensible in the increasing number of tribunal and discrimination cases. They’re more objective than other forms of people decisions. But it’s more than that. As service orientation grows, the old saying “people are our most important resource” becomes more accurate. They’re also an organisation’s biggest cost and the single most complex aspect of organisational success and failure. Next to recruiting and managing a workforce, constructing a balance sheet or designing products is a doddle. We need more scientific ways of dealing with people just as much as we do for accountancy or IT.

And, despite the usual view, people actually like doing tests because tests tell them about their favourite subjects; themselves. Good recruitment and development practice are part of a company’s marketing and brand development. Even a rejected candidate will speak well of a company that’s taken the time to create a professional recruitment process which gives valuable feedback; tests provide that.

Recruitment testing goes back to the civil service in the Chinese Empire two centuries BC so it’s not just a flavour of the month. New research and internet delivery created new sorts of tests which reflect the realities of organisations and working life. But it’s still difficult to distinguish between a test that truly advances business goals and something that will land you in the news pages for bad employment practice.

So, what are the nuts and bolts of psychometric testing?

What do psychometric tests measure and what are they used for?

If you’re a parent, your children take them at school in between examinations. If you’ve entered work on a graduate recruitment scheme, you’ve probably taken one during the milk round. And you may well have sat one when you went for your first or subsequent jobs.

Psychometric tests provide an M.O.T of what goes on under the human bonnet. They compare one individual’s performance with other people’s or show what are the relatively strong and weak areas within one person. True psychometric tests look at three basic areas:

Mix and match these and you get dedicated tests of areas like emotional intelligence, trainability, leadership, customer service orientation and how people think – areas that are directly related to particular jobs. Assess lots of people in your company and you can get an organisational profile:  how well your teams work; what particular skills you lack; who’s going to fit in.

Tests are typically used to recruit new staff; identify people with the potential to be promoted and developed; counsel staff who are under performing; put teams together; coach senior managers; identify stress factors in an organisation; decide on the best organisational structure; create incentive programmes that really motivate – any decision about people individually or people in groups.

I use interviews and other methods; why should I replace them with tests?

You shouldn’t! Tests provide part of the picture; interviews, for instance, provide information tests can’t reach. But tests provide accurate information, with a measure of how far you can depend on the results. Research shows that interviews, references and application forms are very bad at predicting the success of people decisions. Interviews in particular are dangerous because you will be hugely influenced by your prejudices, likes and dislikes without realising it. Psychometric tests sound rather academic; in fact, they’re ways of making hard-headed business decisions. They will increase your bottom line. They’ll decrease staff turnover, identify talent, create a more efficient organisation. Recruiters will find increased customer satisfaction among their clients as shortlists and placements hit the target with greater regularity.

Psychometric tests sometimes look expensive. A good test might cost you £ 50 to administer and interpret. But since it may cost you £ 10,000 in direct costs if you recruit the wrong senior manager (and a lot more in indirect costs) this doesn’t seem too high a price.

Tests will also help companies defend against legal challenges to your decisions, which might end up in expensive tribunals and court cases. It’s illegal to discriminate on grounds of gender and race. It will soon be illegal to discriminate on grounds of age. Test results are defensible evidence in court, whereas interviews are open to all sorts of challenges. And, of course, using them will ensure that you are being objective, building a successful, effective, motivated organisation for yourself or your clients.

How Can I Tell a High-Quality Test From a ‘Quiz’?

There are thousands of tests on the market. It’s a real growth area and, as with any product or service, it’s sometimes difficult to work out the cowboys from the cavalry.

Tests are particularly difficult in this respect. What defines a good test is the research and data behind the questions; the design of a computer says nothing about the quality of the software or the processor. Internet-delivered tests are a particular problem since the “sexiness” of their design is beguiling but many of them provide no background.

A good psychometric test will be absolutely transparent to you as a user. It will state how it was developed, how many people it was tried on, where it should be used and where not and, most importantly, how much you can trust the results

Since tests are used to make complex and costly human decisions, you’ll need to train, or employ/contract a trained test user if you’re going to use a good instrument. Training ensures you get the most out of them, in the same way that you need to train to get the most out of a new software programme. The training will also introduce you to lots of people issues which will make you a better manager and recruiter.